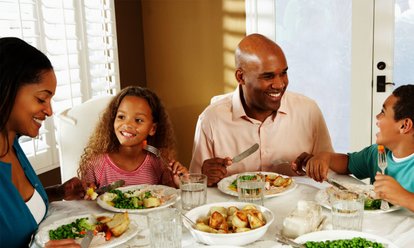 A story is told that years ago, the English discovered when moving coffins that some of them had scratch marks on the inside, meaning some people were being buried alive! So they began tying a string onto the wrist of the corpse, leading it through the coffin and through the ground to a bell. Someone would sit out in the graveyard all night (the “graveyard shift”) to listen for the bell; thus, someone could be (“saved by the bell”) or was considered a “dead ringer.”

God supplies us with a similar connection called prayer, it’s a tie that’s reaches up to heaven and it remains attached to us at all times at anytime, anyplace, or anywhere. Anytime we can call, anyplace we can connect, and anywhere that we are in life we can cast our cares on Him through prayer.

Chef and King International is a Christian ministry that provides health services and humanitarian aid for churches, schools, and communities both locally and internationally.

The ministry of Chef and King Taste and See provides free evangelism resources for Pastors, churches and ministries. "God is a Chef who feeds, and a King who leads;  He gives provision for all of our needs."