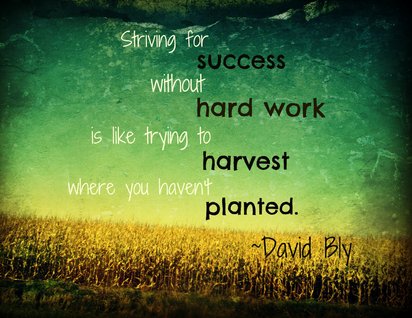 “Go to the ant you sluggard! Consider her ways and be wise, which, having no captain, overseer or ruler, provides her supplies in the summer, and gathers her food in the harvest.  How long will you slumber, O sluggard?  When will you rise from your sleep?  A little sleep, a little slumber, a little folding of the hands to sleep – So shall poverty come on you like a prowler, and your need like an armed man.”  Proverbs 6:6-11

“Procrastination is a grave in which opportunity is buried.”  We can all relate to this quote because many of us have tombstones all around us in which we’ve buried our own time and valuable resources in.  Look to the left and you may see the tombs of deceased discipline, the discipline needed to finish a certain task on time.  Look to the right and you may see the lifeless tombs of work ethic, the work ethic needed to attain a certain future goal.  Many of us have often put off important tasks for less significant task at one time or another in life.  The question is how can we overcome procrastination? Well King Solomon offers a clear solution for defeating this cold hearted murderer named the spirit of deferment.

The answer comes primarily from the ant:

The ant is one of the most hard-working insects alive.  The job of the queen is to lay eggs which the worker ants look after.  Worker ants are germ-free; they look for food, look after the young, and defend the nest from unwanted visitors.  Ants live by the theme of “so fresh and so clean.”  Some worker ants are given the job of taking the rubbish from the nest and putting it outside in a special rubbish dump.  Each colony of ants has its own smell.  In this way, intruders can be recognized immediately.  Many ants such as the common Red species have a sting which they use to defend their nest.  There are more than 12,000 species of ants all over the world.  An ant can lift 20 times its own body weight.  If a second grader was as strong as an ant, they would be able to pick up a car.  King Solomon realized the wisdom of this type of insect.  “There are four things which are little on the earth, but they are exceedingly wise: The ants are a people not strong, yet they prepare their food in the summer…” Proverbs 30:24, 25

In the book of Solomon this verse is saying that even though the ant’s size isn’t large, it still successfully manages to produce large results.  The wisdom of the ant compensates for the size of the ant.  Wisdom produces far better results than relying on sluggardly actions, such as laziness, and idle mindedness which only produce stress when you’ve come to the realization that your work has viciously piled up.

When we put off for tomorrow, what could be done today we are destroying the creative abilities God has given us.  We must excavate daily these abundant roots of creativity and power deep within us all, and kill procrastination at its core.  “He who does not give his mind to his work is brother to him who makes destruction.”  Proverbs 18:9.  A slothful, sluggish man neglects his work, and materials go to ruin.  An evil perverse man destroys materials.  This makes both the evil man who destroys resources, and the procrastinator brothers.

Chef and King International is a Christian ministry that provides health services and humanitarian aid for churches, schools, and communities both locally and internationally.

The ministry of Chef and King Taste and See provides free evangelism resources for Pastors, churches and ministries. "God is a Chef who feeds, and a King who leads;  He gives provision for all of our needs."